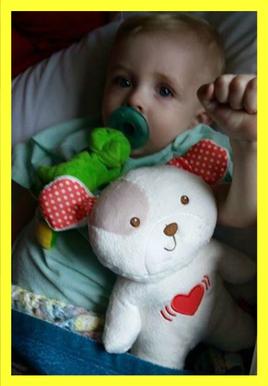 Let's say today's news headline was that 7 children had died and 46 others were taken hostage. News channels from across the US would probably have continuous coverage of the situation and you would keep refreshing your browser and flipping between news stations trying to find the newest updates. You might be praying for those children and their families, maybe even shedding some tears.Now let's say that the next day 46 more were taken hostage and another 7 were killed. Then again and again day after day after day. These children were from all across the US, they had different religions, social circles, backgrounds, and financial status. No one knew who would be taken next, what age they were, or if they would be one of the children who dies. There is only one guarantee- if they are taken they will never be the same again and neither will their families and friends.

How long would it take before you wanted to do something? Before you stopped being an innocent bystander just tuning in to the news and started planning a way to stop it or putting your resources towards it. Would you wait until it was your child who was effected? Would you turn away any time someone talks about it or showed you a picture of one the children. Or would you step up and make a difference. Would you fight to get others to help, get others to donate to rescue the kids?

Here's the reality: In the US alone 46 children a day are diagnosed with cancer and 7 children will die each day. These children are being held hostage by their own bodies, by a disease that needs a cure. How do we make people aware that this is happening when people turn their backs when we talk about the children we have lost to cancer because they don't want to think about it. How do we get more funding when our own president is trying to pass health care bills and reforms that would make it even more impossible to get decent health care and treatments for our children.You might say "But he wants to donate to more childhood cancer" and "He says we will find a cure". How is that supposed to happen when President Trump has promised half as much funding for childhood cancer over the next ten years as President Obama dedicated to childhood cancer in just two years.
​Isn't it bad enough that less than 4% of all government funding goes to pediatric cancer , that insurance companies already wont cover certain treatments? Why would we want a healthcare bill passed that would put a cap on how much insurance will pay out to any one person for their entire lives.Why would we want to continue supporting bills and measures that make it almost impossible to do any new research for childhood cancer and if the research is done it is at a loss for companies. They make much more developing drugs for adult cancers.

My son Aiden was only 17 months old when he passed away and had battled cancer since he was 11 months old; He would have already been at his cap for life. What about those children who relapse over and over again, those who battle life long problems because of something that may have happened before they were even old enough to walk or talk. This is why I formed Aiden's Army; to try and make more people aware. To get change started and put us on a path towards freeing our children from being held hostage by cancer and all the treatments and side effects that goes along with it.

This September in Washington DC a nonprofit group called TheTruth365 will be putting on CureFest once again. It is a weekend were cancer families, advocates, and nonprofits for kids with cancer come together from across the nation in order to try and make a difference in the lives of children. My nonprofit, Aiden's Army, will be there once again and we hope that if you are there and see us you take a moment to say Hi! We hope that this post has helped put things into perspective for you and that you continue to become more aware of the devastating effects of childhood cancer and help us to spread awareness.

We are asking you, as a news outlet, to consider putting stories about children with cancer, those who have lost their lives to it, and important facts about pediatric cancer during the month of September for Childhood Cancer Awareness Month. Perhaps even consider doing a news story on CureFest and what we are all coming together to try to accomplish. I have included a photo of my son to share why I fight for awareness, better treatments, and more funding. Invite your followers to help light the world gold  in September and get them involved to. Help us make it a national movement to LIGHT THE WORLD GOLD in September for Pediatric Cancer!
If you have any questions about pediatric cancer or about our nonprofit please don't hesitate to contact us.